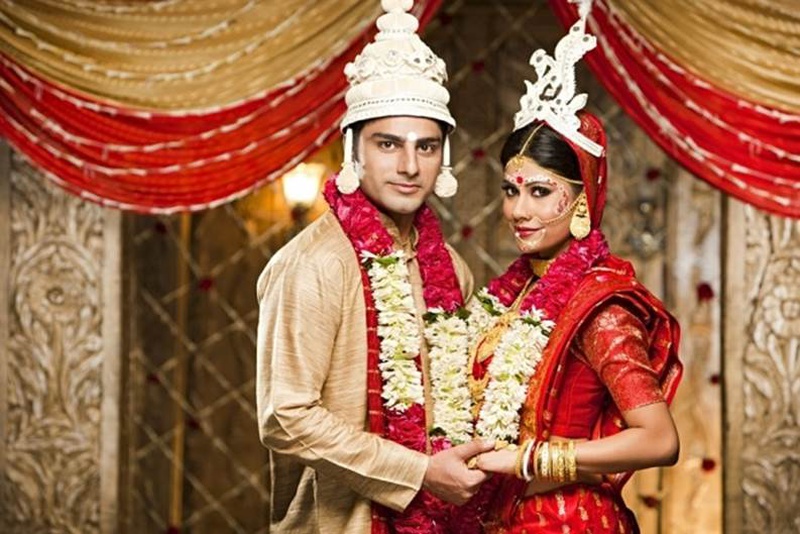 Matches are made in heaven but it is on Earth that they are unified in the bond of togetherness. A wedding is the onset of the journey of togetherness, it is symbolic of the beginning of ‘To a happily ever after’. Talking about weddings and not mentioning Indian weddings is like a faux pas. You defiantly cannot deny the fact that with all the taam-jhaam, shoo-shaa Indian weddings prove to be an extravagant affair.

India is a land of diversity that boosts of different cultures, which is why the Indian weddings differ from place to place. Indian weddings provide a sneak peak into the rich and diverse culture of India and are also reminiscent of its traditions. Quirky wedding traditions like ‘MadhuParkha’ , ‘Kashi Yatra’ , ‘Jaago’ that are celebrated with great gusto and fervor is what enhances the beauty of the Indian weddings.

A ceremony which acts as the official acceptance of the bride and groom by their respective in-laws. The two families assemble under the same room to bless the couple. In the ceremony the families place husked rice and trefoil leaves on the head of the bride and present gold ornaments as token of their love to the couple. Usually the ritual takes place months before the wedding but in the changing times it can taken place on the day of the marriage itself.

Tying The Wedding Knot? Select The Most Trusted Vendors!

A ritual that is similar to bridal shower and bachelor’s party. In the ceremony the friends and relatives of the couple assemble at their respective houses a day prior to the wedding and offer them a platter full of traditional Bengali food. The ritual is considered as the last meal as a spinster where the couple gets to feed on their choicest dishes before they tie the knot. The ceremony is solemnized amidst great merry making, dancing and singing.

A ceremony that takes place on the dawn of the wedding day in which the family members of the couple visit a nearby water body and get water for the couple’s bath that is known as snan. Post the ceremonial bath the couple is fed with a meal of curd, rice flakes, banana and sweets. The people of East Bengal better know the ceremony of Dodhi Mangal as Adhibas.

Gae Holud is similar to Haldi ceremony of the Hindu weddings with a difference where the bride receives gifts from her in-laws. The tattva refers to the gift basket which comprises of saris, makeup products, different sweets, paan, fish and other traditional things that are gift by the in-laws.

Check out @10 Best Wedding Gifts For Bride On Wedding

Usually during Ai Buro Bhaat the bride is made to wear Sankha and Pola which are conch shell bangles. However with changing times the Sankha and Pola is worn by the bride during Gae Holud (Haldi ceremony) and even on the day of the wedding. Post the wearing of the Sankha and Pola, Alta which replaces mehendi in Bengali culture is applied on the hands and feet of the bride. The set of white and red bangles denote the marital status of Bengali women.

have a look @Beautiful Mehndi Designs For Going To Be Brides

Bor refers to a dulha or the groom and Bor Jatri signifies to the baraat procession  in a wedding. Bor Jatra  is a jovial wedding ceremony that celebrates the arrival of the groom with his grand procession at the wedding.

It is a ceremony in which the groom along with his procession upon reaching the wedding venue is welcomed by the mother and relatives of the bride with an earthen lamp, sprinkling trefoil and rice in a bamboo winnow. The entire process of welcoming of the groom and his procession is known as Bor Boron. Post the welcoming the bride’s family serves the groom’s family with refreshments which comprises of welcome drinks and sweets.

A ceremony in which the groom arrives in the traditional Bengali attire of pleated dhuti and kurta and is seated at the mandap where he is gifted by new clothes by the bride’s maternal uncle. The groom is supposed to wear the gifted clothes during the wedding rituals.  The entire ceremony is termed as ‘Potto Bostro’

It is a ceremony in which a bride is seated on a pide lifted by her brothers where she encircles the groom seven times covering her face with paan leaves.

A ceremony in which the bride removes the leaves and the couple catches a glimpse of each other. The ritual is followed by conch blowing and the Varmala tradition with backdrop sound of Ullu dhwani.

The ritual of Shubho drishti is followed by Mala Bodol which is similar to the Hindu wedding ritual of Jaimala. To add oodles of fun to the ceremony the bride is seated on a pide and is lifted up by her brothers to make it difficult for the groom to put the mala around her neck. When the groom fails to reach the bride the groom’s friends step in and lift him up to help him out in the ceremony.

In the most of the weddings, the bride with a chaff in her hands with the groom holding her hands stands behind her, they both stand in front of the holy fire. The Khoi or rice is placed in the chaff and using the concept of winnowing the khoi is offered to the fire. The entire process is known as Kusumdinge. In Sylheti weddings the bride is supposed to grind the khoi that is handed over by her brother before offering it to the fire.

The ritual is usually carried out by the bride’s maternal uncle who carries out the Potto Bostro ceremony as well. In the ceremony the couple is seated on either side of the altar where the uncle gives the bride’s hand to the groom and their hands. The ritual is followed by tying of their hands with a sacred thread with the chanting of the Vedic mantras in the backdrop.

Post the different wedding rituals the groom applies sindoor on the bride’s hair parting. The rituals seems similar to the Hindu wedding but what adds uniqueness to it is the fact that the groom uses a coin or a earthen  pot to apply the sindoor instead of bare fingers. The entire ceremony is termed as sindoor daan. Bengalis surely do not believe in ek chutki sindoor concept, lol!

After the sindoor daan the bride’s head is covered with a new saree also known as ghomta which acts the veil. The sindoor daan marks the end of the wedding ritual and pronounces the couple as man and wife.

On the wedding night after the guests have left the venue the newlyweds and the young members of the family occupy a room and have fun. The Bashar Ghor ritual is a time of merriment wherein the family members sing, dance and play games. The ceremony enables the family members to loosen up and get to know each other well.

Tying The Wedding Knot? Select The Most Trusted Vendors!

On the next morning after the wedding the ceremony of Bashi Biye is observed in which the newlyweds worship the sun and the priest performs some pujas and invocations and it all ends with lunch. The ceremony is however restricted to just close family members of the couple.

The ceremony signifies the welcoming of the bride in the house of the groom. In the ritual the female members of the groom’s family pour holy water under the vehicle in which the newlyweds arrive. Just like Hindu weddings the bride then has to step on a plate of red lac dye and her foots imprints are taken on a white cloth. The entire ceremony is termed as Bou Boron. The ritual is followed by playing of interesting games in which the bride and groom compete against each other to find the dominating figure.

Usually in Hindu wedding the first night of post the marriage is known as Suhagraat but that is a concept that is far at bay at Bengali wedding. At Bengali wedding owning to fables and folklores the first night is termed as Kalratri in which the bride and groom have to sleep in separate rooms. As per the folklores if the couple sleeps together during Kalratri then their conjugal life would not turn out to be harmonious.

The ceremony is similar to first rasoi of the bride. In the ceremony the bride has to cook a meal and serve it to her husband and her in-laws. The husband with the vow of shoulder the responsibilities of the wife hands her a saree and a plate of food. The Bou Bhaat is followed by a lavish reception.

On the eighth day of the wedding a Satyanarayan Pujo is observed in the house for seeking the blessing of Lord Satyanarayan for the newlyweds. Also on the eighth day the couple returns back to the home of the bride which is termed as Oshto Mangala where a family lunch takes place.

Every Bengali community observes their unique set of rituals and ceremonies. Having said it all one thing for sure is that Bengali weddings are truly a treat for the eyes. Liked the post! Tell us in the comments below about your favorite Bengali wedding ritual. 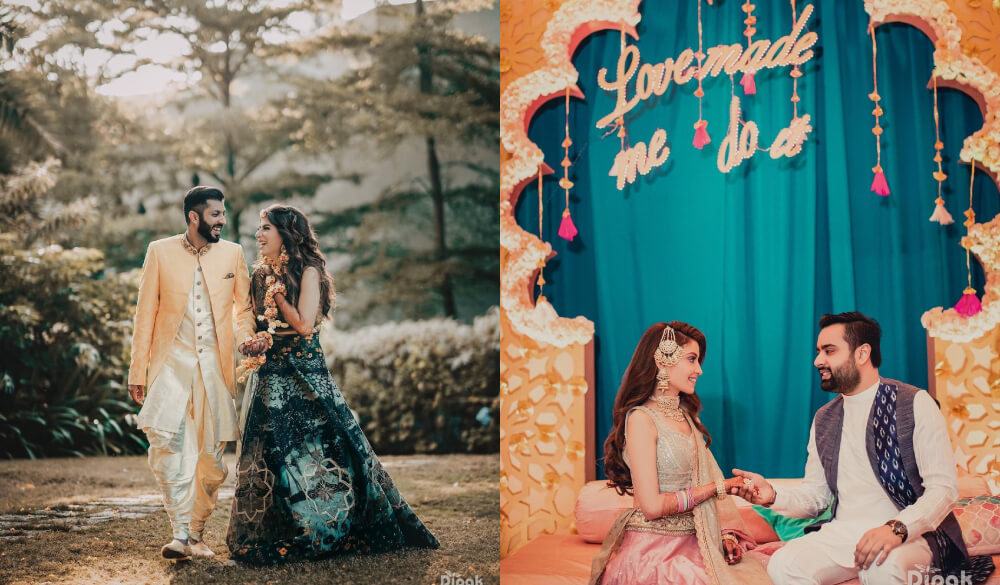 Discover The Most Trending Indian Fairytale Wedding The...

The theme of any wedding holds the entire credit to make it a normal affair or ... 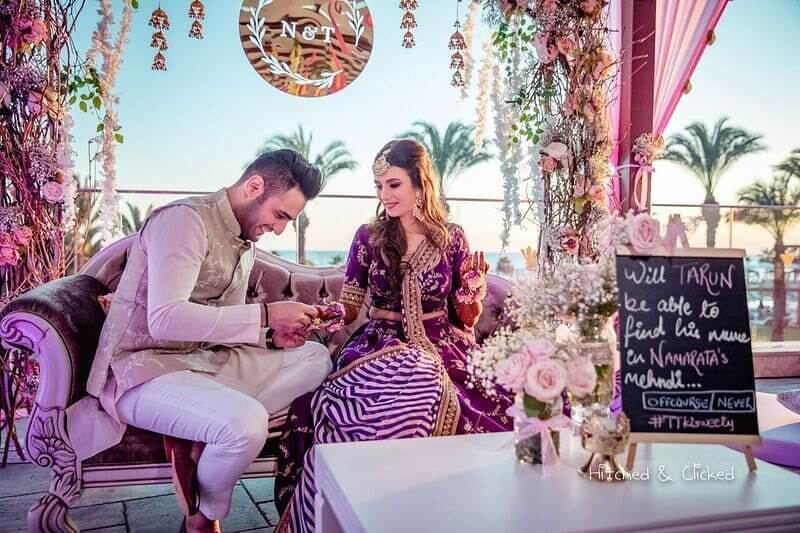 Akshaya Tritiya 2021 Marks All The Wedding Stars In You...

The Vedic culture marks Akshaya Tritiya as an important day in Hindu religion. ... 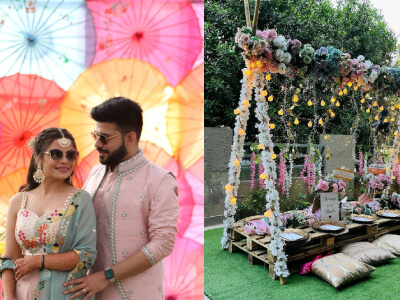 Akshaya Tritiya 2021 Marks All The Wedding Stars In Your Favor