Make your fiancée fall in love again as she sees you well-groomed and besuited. That James Bond look is the best way to boost your confidence at the wedding. Yes, getting dressed in a well-tailored suit is important but what actually helps in setting you apart from the crowd is the little details and embellishments that add to your looks.

Smallest details like the boutonniere, the buttons to fasten the suit, the lapel design, the back slits and the sleeve buttons, all things need to be decided as per your preference. But one thing that often doesn’t get the much-needed attention is the pocket square.

Yep, I understand that you might think that the pocket squares wouldn’t take that much space as the other grooms’ accessories, but trust me, when they do, they totally make an impact.

What Makes A Pocket Square An Essential Part Of A Wedding Suit?

Pocket squares are known to add a sense of refinement to the wedding attire. No matter if you are having a casual wedding or a formal one. If you are putting on a blazer, coat, waistcoat, or a suit you should definitely wear a pocket square.

A great tip that I want to mention here is that you are well off in mismatching the colours of your tie and pocket squares. And know that a white pocket square is perfect to add in the formality factor and can be combined with every tie you can possibly have in your wardrobe.

Why Buy An Expensive Pocket Square When You Have A Handkerchief?

While the pocket square is much smaller in size, is just for show, and is paper-thin, but then too, it is more expensive than the finest of the handkerchiefs. Why? Yes, it is just because it is a part of the suit and helps make you look great. A pocket square is just a square piece of silk that’s hand-rolled at the edges. However, you can also go for some cheaper options with polyester mixed in with the silk, but the catch is that they have a shorter life span.

A pocket square is just a boring square piece of cloth, but there are many different kinds of folds that’ll make it look great when it is tucked in your coat’s pocket at your wedding. From some really amazing casual folds to neat and tidy formal ones, here we have described 5 best folds that’ll look fabulous.

#1. Straight Fold: The One That’s Classic, Sleek and Elegant

The straight fold is the most common fold that you’ll find and it is easy to make too. This fold is also known as the square fold or the presidential fold. Perfect for any formal wedding, this pocket square where only a straight edge peeks out of the pocket.

Must Read : The Perfect Shoes To Your Perfect Wedding

You’ll need to first fold the pocket square in a manner that it fits the width of the pocket. And then you’ll have to fold the longer part in a way that it is half an inch more than the pocket’s height. Now neatly slide the square in the pocket and you’re done.

#2. One Peak Fold: The One That’s Popular And Formal

This fold is perfect when you are having a solid coloured, non-white pocket square. Also known as the corner fold, it is quite easy and looks formal. If you have a less formal wedding, then you can also go with two or three point folds as well.

#3. Four Peak Fold: The One That’s Fancy, Sophisticated And Casual

If you are looking for something that looks fancy and sophisticated then a four peak fold is the way to go. Since this is something that won’t be much formal, you must choose this only when you are arranging a casual wedding.

First, fold off the pocket square diagonally to form a triangle. Then take one point of the base and fold it in a way that it coincides with the top point, and then do the same with the other point of the base as well to form a square. Now, take one point and fold it diagonally to the half-line. And then similarly do that with the diagonally opposite point as well. Now fold the third side to form a flat base. If it is done corectly it’ll resemble like an open envelope. Now tuck in the pocket square in coat’s pocket with only the tip peeking outside.

#5. Nonchalant Cluster Fold: The One That’s Snappy And Fun

Nonchalant cluster is the easiest one in the list and looks really great and trendy. It is super easy to create and looks unique. It’ll really amp up your wedding look if you are having a casual wedding. This fold is perfect for a patterned pocket square.

Form a ring with your one hand and drape the pocket square on it. Now push one finger through the ring covered with the pocket square and begin to bunch up the pocket square. Now pull the fabric from below and gather it into a neat bunch. Tuck the pointed fabric end inside with only the bunch visible outside and Voila! Your snappy looking pocket square is ready.

These are few of the pocket square that’ll look good and will be eyecatching for the guests. I took great care that the pocket folds mentioned here are quite easy to make even if it is your first time to sport a pocket square. However, all of these are easy, but a little practice will really help out. 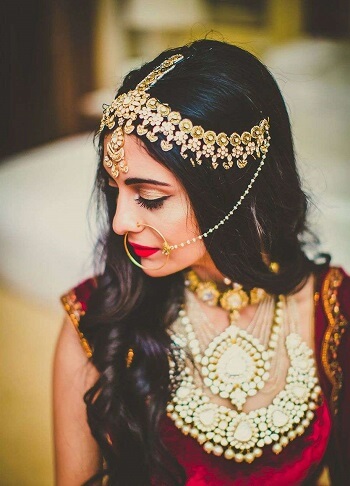 For your wedding, you must have bought your favorite designer lehengas and chun... 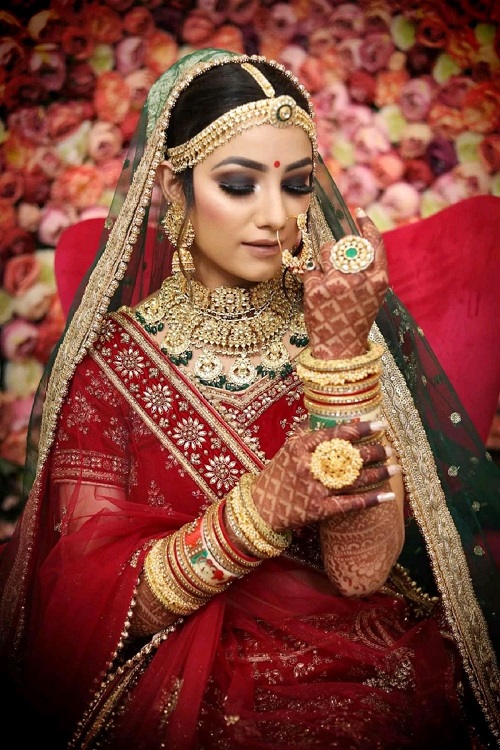 An elaborate piece of bridal jewellery holds a special place in the heart of ev... 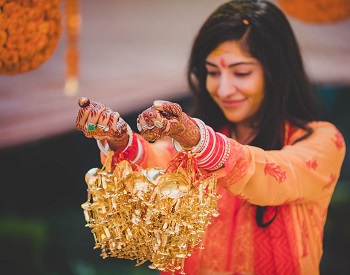 Kaleeras that Enchant The Auspiciousness and Ecstatic L...

An Indian wedding is filled with the colors of excitement and love. If it's abo...