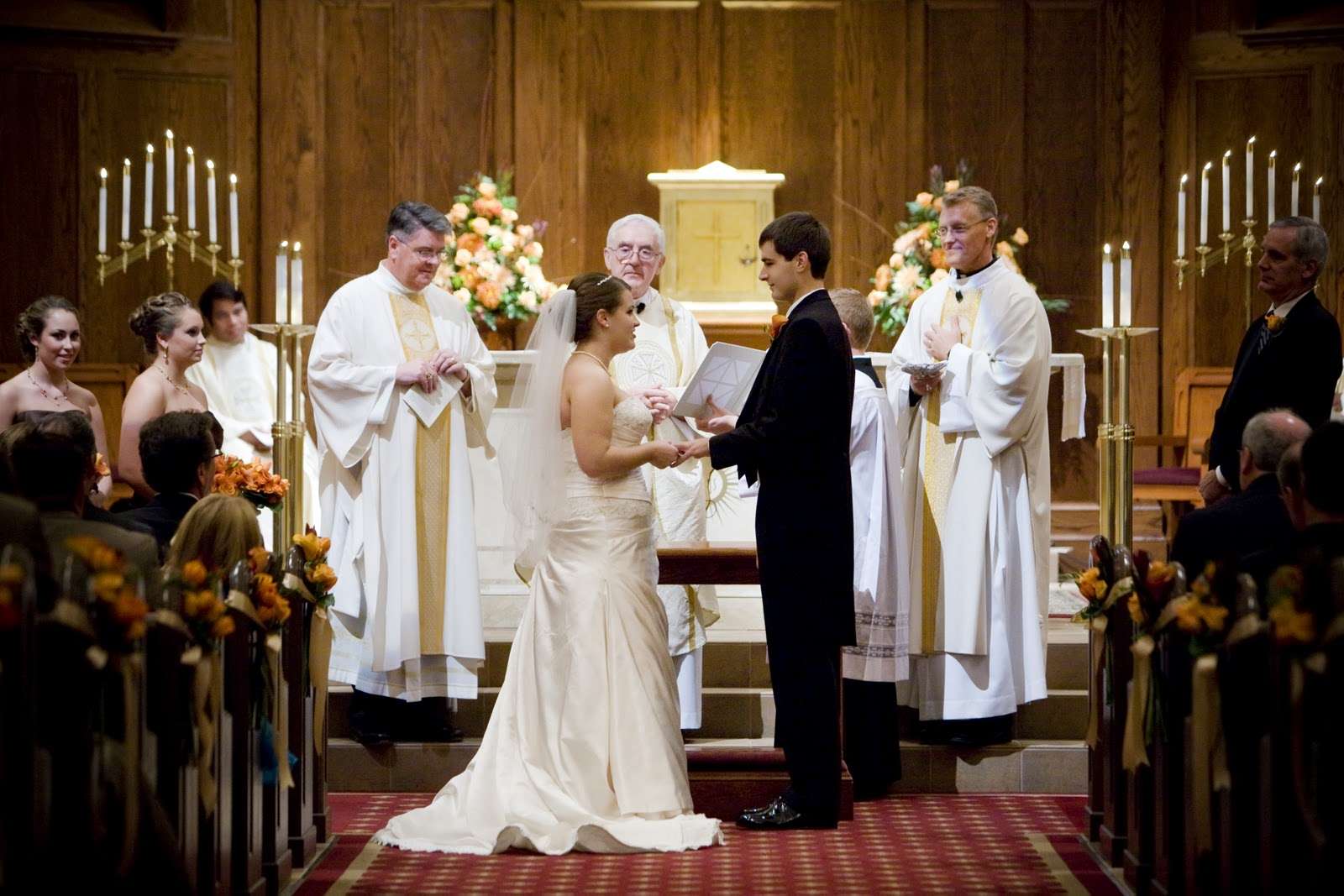 Everything we know about a Christian wedding (also known as a white wedding) is what we see in the Indian and Hollywood movies. In which the bride wears a gorgeous and frothy white gown, walk the aisle towards her groom who himself is dressed in a dapper Tuxedo suit. The ceremony is filled with happy family members, loads of flowers and the decor is simple, elegant and beautiful. But this is just a smaller part or rather a trailer of the entire Christian wedding ceremony

Christian Wedding Rituals And Traditions Which Will Leave You Awestruck

To keep it simple for you, we have divided all the rituals and traditions into three parts; pre-wedding, on the wedding day, and post-wedding.

Finding A Suitable Partner: Unlike shown in many movies, a lot of Christian families in India follow the system of arranged marriages. They have different ethnic groups within their religion like Roman Catholic, Presbyterian, Protestant, or Lutheran Christian. A Roman Catholic family will seek a bride/ groom from the same ethnic group only. However, the number of love marriages (inter caste or inter religion) have also started increasing.

The Engagement Ceremony: The first step in any Christian weddingis the engagement ceremony. Like a lot of Hindu marriages, this ceremony also involves exchanging of rings by the bride and groom. It is an official announcement of the union and betrothal of the girl to the groom. The rings are sent to the priest before the ceremony to be blessed. The engagement ceremony can either be a grand affair or a simple get-together depending upon the personal choice of both the families.

The Bridal Shower: Almost a week before the wedding, the best friends of the bride organize a party for her. The aim behind the party is to let the bride enjoy the last moments of her as a single girl before the marriage. But it is not just a party, there is also a hidden tradition as well. The bride is required to get a pink colored cake for her friends which she cuts and serve to them. Hidden somewhere in the cake is a silver colored thimble (small metal or plastic cap). It is said that the girl who gets the cake piece with the thimble inside is the next one to get married.

The Bachelor’s Party: Just like the bridal shower, in a Christian weddingit is a tradition for the Groom’s family and friends to organize a bachelor’s party for him as well. It is filled with music, drinks, and a lot of crazy dancing. Traditionally, women are not allowed to attend this party because it is for all the men of the family to strengthen their bond. Originally both the bachelor party and the bridal shower are western ceremonies which are gaining a lot of popularity in India.

The Roce Ceremony: Just like the Haldi ceremony in a Hindu wedding, the roce ceremony is a Christian wedding traditionwhich take place on the night before the wedding. In this ceremony, the relatives draw a cross on the forehead of the bride and groom with their oil dipped forefingers. After this oil drops are poured on the shoulder and ears which is followed by pouring of coconut juice on the head, face, hands, and feet. Post the ritual, the bride and groom take a ceremonial bath which is followed by a family feast.

Blessing Of The Bride’s Wedding Dress: On the wedding day, the bride’s dress is first taken to the priest who blesses it along with the jewelry she is wearing. This dress is taken to the bride’s home by the female relatives of the groom along with gifts like fruits, chocolates, and dry-fruits.

The Bride’s Ride: The groom send a car for the bride and her maids for their transportation to the church or another wedding venue. Once the car reaches the destination, the bride is greeted by the best man who hands her the flower bouquet and escorts her till the entrance.

The Escorting Ceremony: One of the most beautiful and tearful moments of the Christian wedding traditionsis the escorting ceremcony. The father of the bride escorts her till the altar where the groom is waiting for her. The father shakes hand with the groom and gives his daughter’s hand to him.

Wedding Vows And The ‘I Do’: The ceremony is started with the priest reading testaments from the Bible and inform everyone about the religious significance of the wedding. Post this, the church choir and the wedding guests sing prayers to bless the couple. Next step is the wedding vows in which the couple promise to love, cherish and respect each other for life. After this, the Priest asks both for their consent on the union in front of the witnesses. The couple says ‘I Do’ and kiss each other as a commitment to the holy ceremony and sign the marriage register to comply with the law.

The Reception Party: Usually the Christian wedding takes place during the day hours and this is followed by a post-wedding reception party. It is a fun-filled affair with loud music, boozy drinks, scrumptious food and a lot of other ceremonies which are discussed below.

Toast And Speech: The close friends and family members of the bride and groom raise a toast wishing them both a happy married life. These toasts are often accompanied by a speech in which they talk about their friend and recalling some funny as well as embarrassing times spent together.

Cake Cutting Ceremony: One of the most important Christian wedding ritualsis the cake cutting ceremony. The couple together cut a cake and feed each other for a sweet married life.

The First Dance: Traditionally, the newly married couple is required to start the evening party with their rehearsed ball dance. It is their first dance as a couple and they are followed by other married couples at the reception party. After the couple dances, the party music is started on which all the wedding guests join the dance floor to celebrate.

Bouquet Tossing Ceremony: Another interesting Christian wedding traditionsis the bouquet tossing ceremony which usually takes place during the reception party. In this ceremony, the brides throw her wedding bouquet into the air towards her single girlfriends while she stands facing the opposite direction. It is said that the girl on whose the bouquet falls gets married soon.

These are the most beautiful traditions and rituals which are followed at a Christian wedding. If you feel that we have skipped a ceremony then please comment in the section below to share it with us. 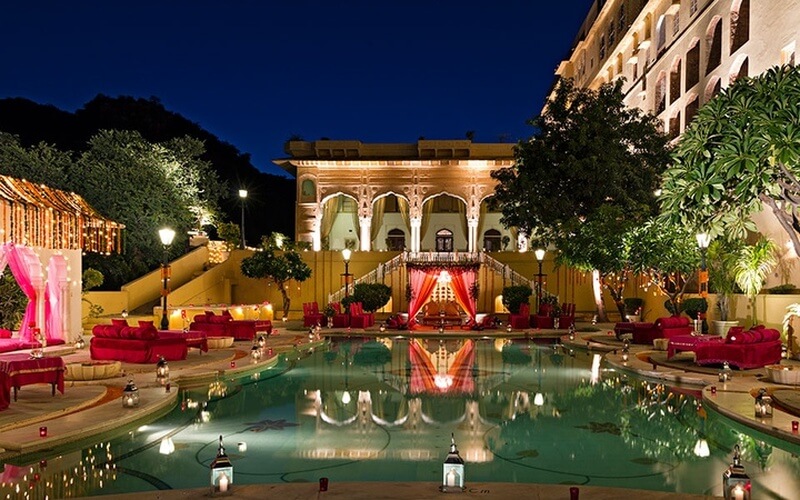 For a wedding, perfect planning has great significance because it is a once in ... 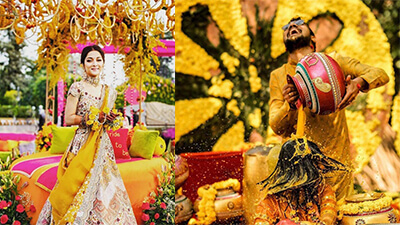 Wedding in India are not less than a grand celebration. in general wedding is c... 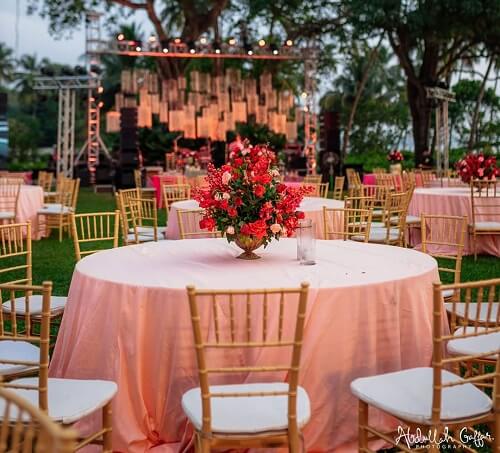 30+ Pretty Table Centerpieces Ideas to Level up Your We...

Having a wedding soon? You must have booked the best venue, selected your weddi...