Real Weddings That Broke the Stereotypes With No Kanyadaan 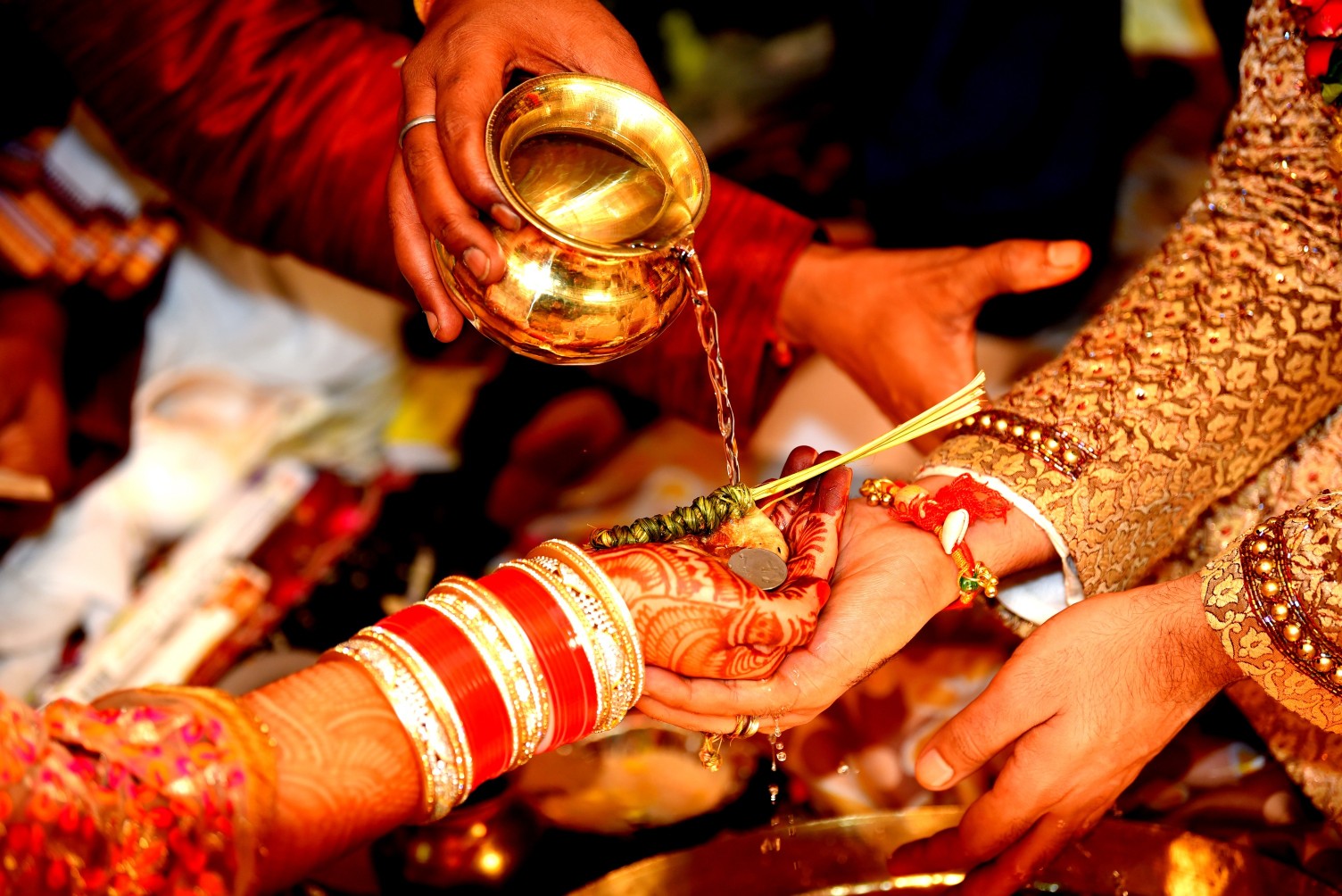 “A daughter is a miracle that never ceases to be miraculous...full of beauty and forever beautiful...loving and caring and truly amazing. ~ Deanna Beisser”


A daughter is a little girl who is her parent’s best friend and shares a strong relation with them. Holding her father’s finger the transformation of her from a baby to a graceful lady is what makes her life flamboyant and blazing. For a daughter her mother is an embodiment of discipline and perfection while her father is her super hero and partner in crime. From being daddy’s little princess to being mamma’s girl the exceptional bond that a daughter shares with her parents is noticeable and words fall short for describing it. To the little princess her father is her king and first gentleman and her mother is her queen and guide.


In India daughter is considered as ‘Paraya Dhan’ who one day has to tie the knot with her soulmate and leave her parents house. From being daddy’s little princess to a gorgeous bride the beautiful transition of a daughter leaves the parents emotionally overwhelmed. From an infant to an adolescent a father grooms his daughter influencing her burgeoning into an ideal woman. He supports her through the thick and thin of life succoring and contouring her outlook of men. Every parent scout for the quintessential groom for their daughter which would give a happy ending of ‘And they lived happily ever after’ to her fairytale story.


A daughter’s wedding is one of the most anticipated moments for a parent. The night of the wedding is a melancholic one for every parent as they hand over their darling princess ‘jigar ka tukda’ in the hands on her prince charming. Leaving her parents house is not an easy task for a daughter for she knows that no longer her parents would be there to protect her from harm. Wedding is the beginning of a new chapter in a girl’s life where she steps out from the comfort zone of her parent’s home and faces the struggles of the real world. But that’s the tradition that has been passed down upon us by our ancestors and we have been accustomed to following it and a daughter’s domain shift to the house of another man is what makes a fathers heart heavy.

1. Brides Father Refused To Do Kanyadaan Stating That His Daughter Is Not A Property


When the quest for prince charming ends and felicitous match for her daughter is found then a father has to do the Kanyadaan-gifting of the daughter to the man of her dreams. Kanyadaan is one of the most crucial and beautiful rituals of an Indian wedding. However with changing times and the onset of education the mindset of the society is also changing. No longer is a daughter considered as a liability or ‘paraya dhan’. You don’t believe us then have a look at these instances from real weddings that went viral for breaking the stereotypes. Check em’out daughters!

The fickle nature of fame makes frivolous things to become trending in twitter verse. But often in between all the trendy stuff twitter yields a pearl. One such pearl that is taking the internet by storm is a father who refused to do kanyadaan! Wait what? Yes people you read it right! Kanyadaan also known as mahadaan is one of most important ritual of a wedding and saying no to it is an insult to the our culture. That’s not what we are saying that’s the society. The fathers act raised eyebrows and made people to question his act but his answer did hush them all. The incidence was noticed within few hours of getting published.

According to the incidence Ashmita Ghosh a twitter user attended a wedding on 4th February. You must be wondering what’s so special about it that it went viral. Read on to know more people. The wedding was not just any wedding. No it wasn’t a celebrity wedding nor was it marked by the presence of any. What made the wedding special was the sight of instances that followed. The wedding was solemnized by female pundits. That was the first stereotype broken that marriages are only officiated by male pundits. Later on the bride was introduced by the female pundits wondering what’s so special about it? Well the pundits introduced the bride with first her mother’s name followed by her father’s name. A womans name before a man’s is something that the male dominated society cannot tolerate.


The later turnout of events was the thing that made the tweet to go viral. When it was the time of doing the Kanyadaan the bride’s father refused to do so. In a speech that moved the guests he stated the reason behind his act. In his speech he stated that his daughter was not a liability or a property that needs to be given away. In the patriarchal society in which we dwell that still cows down misogynistic traditions in the name of safeguarding our rich culture and tradition this revolutionary change was needless to say meant to go viral.


The ceremony was attended by the ‘woke’ millennial Indian generation and the incidence marked the departure from the laissez-faire grip of the patriarchal traditions.

The above sentence is solemnly enough to challenge the norms of the male dominated society. Where on one side a father slammed down the age old tradition of Kanyadaan on the other hand a single mother eschewed a gazillion regressive tradition to cut through the roots of patriarchy. Rajeshwari Sharma, a Tamilian Brahmin not only married her daughter Sandhya to her Australian beau Sam but also did her Kanyadaan.


If you’re not familiar with the wedding norms of a Tamilian wedding then for your knowledge in their marriages a daughter has to sit on the lap of her father while tying the knot. Being a single mother it was Rajeshwari who performed the ritual. Rajeshwari and her husband had divorced after 17 years of their marriage and she wanted to be part of the wedding in not just a manner that any single mother would do but in a way that would break the stereotype of the society. The progressive thinking of Rajeshwari made her to perform the role of a father at her daughter’s wedding and made her an example for others.


In the past performing kanyadaan was a role meant only for the misogynist males but it is women like Rajeshwari who are changing the mindset of the society and bringing about change.

3. Nagpur couple says no to Kanyadaan


In yet another incidence that took place in 2007 a Nagpur couple saned the custom of Kanyadaan. The couple not just had let go off the kanyadaan ritual but their wedding was also devoid of other patriarchal customs. The couple came in the hit list of those tradition savers for mocking the Hindu traditions. The couple revealed that they no intentions of disrespecting the culture and traditions but there were some norms that need to change and it was their personal choice to break free from the clutches of these oppressive norms.

In a incident a Bangladeshi writer Taslima Nasreen posted a tweet where she questioned the concept of kanyadaan. In her tweet she challenged the smajh asking them why there was only kanyadaan and no putradaan. As per Taslima, why is it in a wedding that a daughter has to leave her parents house and the parents who have born and brought her up have to give her away, they have to gift her to her husband and in-laws. Her question did have us thinking, what about you? Why in a society it’s only the girl who has to leave her house? Why a woman is considered as the epitome of sacrifice? Why only a daughter has to compromise? Why is the concept of Kanyadaan there? Questions are many but answers are few.


These few incidences have brought about a minor change in the society. Change is inevitable and one should accept it without hate and malice. If any of these incidences have touched you or made you to think then try to bring out a change in the society. If you're living in a typical Indian family that takes their traditions way too seriously then try changing those tyrant norms because ‘Charity begins at home’.


Have you come across any incident that breaks those stereotypes of the society? Tell us in the comments below so that we can make it part of our blog. Also let us know about your views on these events. We would love to hear it from you. 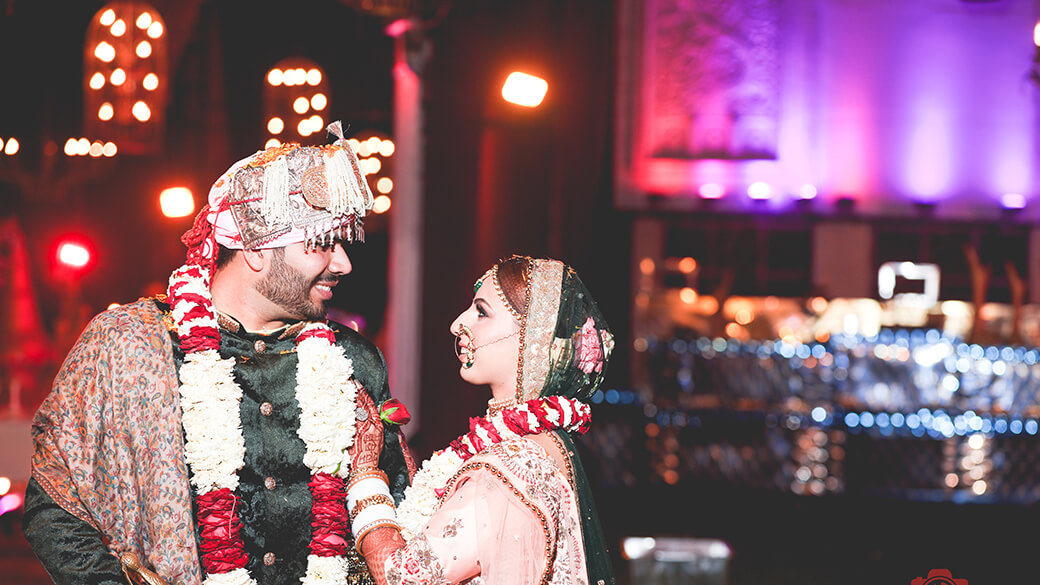 Marriage is not a house or even a tent it is before that, and colder. ... 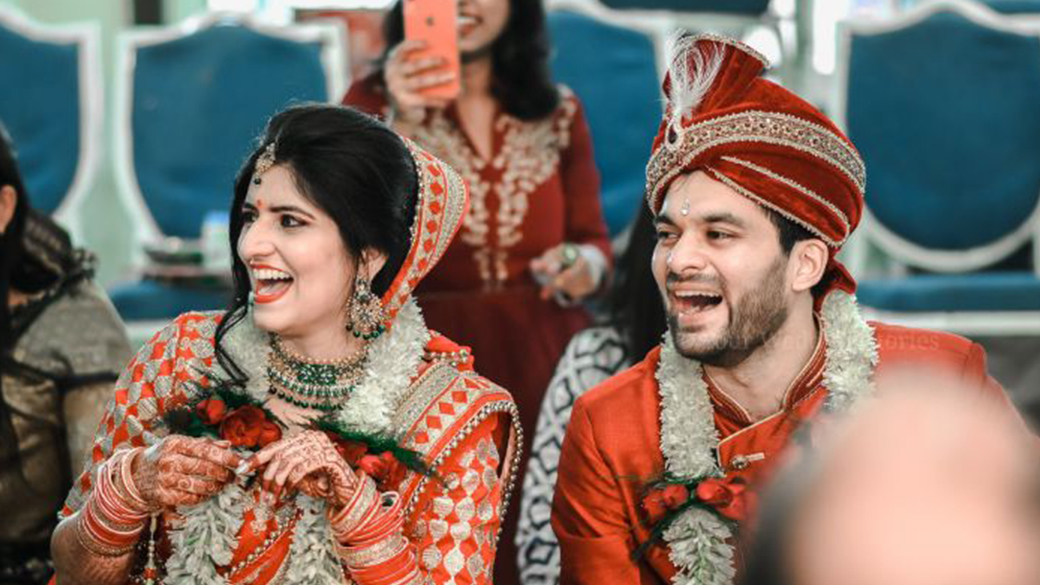 The Lavish Wedding Of Surabhi And Vishal By Your Weddin...

A new love is similar to a flower that has just begun to bloom. The love betwee... 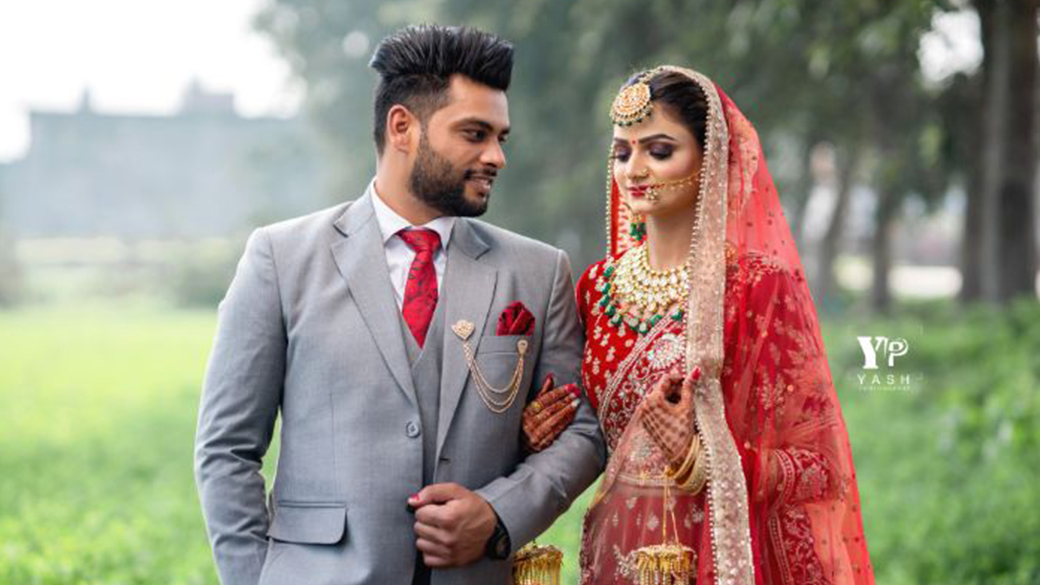 The Lavish Wedding Of Surabhi And Vishal By Your Wedding Stories